Kind of a Big Deal by Shannon Hale

A teen is able to jump in and out of different stories becoming different characters. To be honest, this is getting dismal reviews, but I’m still going to give it a try.

Clown in a Cornfield by Adam Cesare

This sounds like a pretty classic horror story with a YA twist. A clown starts to take out kids in a small (I’m assuming mid-western) town.

Now That I’ve Found You by Kristina Forest

A teen on the verge of her big break with a very famous grandma tries to find her way back into the limelight after getting blacklisted.

Where Dreams Descend by Janella Angeles

I don’t pick up a lot of fantasy, but the synopsis of magicians facing off in daring games to be the headliner of a circus sounded fun (if a little too reminiscent of The Night Circus).

A missing sister and a Serial-like podcast following the clues. I have an arc of this but will definitely be snagging this in PB. 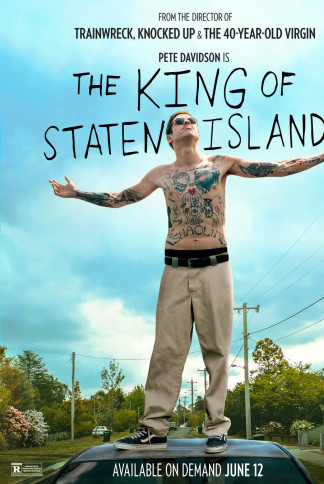 I’m pretty excited for this semi-autobiographical look at Pete Davidson’s life growing up in Staten Island after the death of his father during 9/11.

That’s what I’m excited for this week. Are you looking forward to any of these books, films, or shows?